The zither community lost a friend on January, 13, 2017 when Jack Bourdess passed away. He was 89. I spoke with Jack several years ago by phone, and he shared some of his early experiences with music and the zither. The following article on Jack, shared by Maria Petersen, covers some of what was discussed. 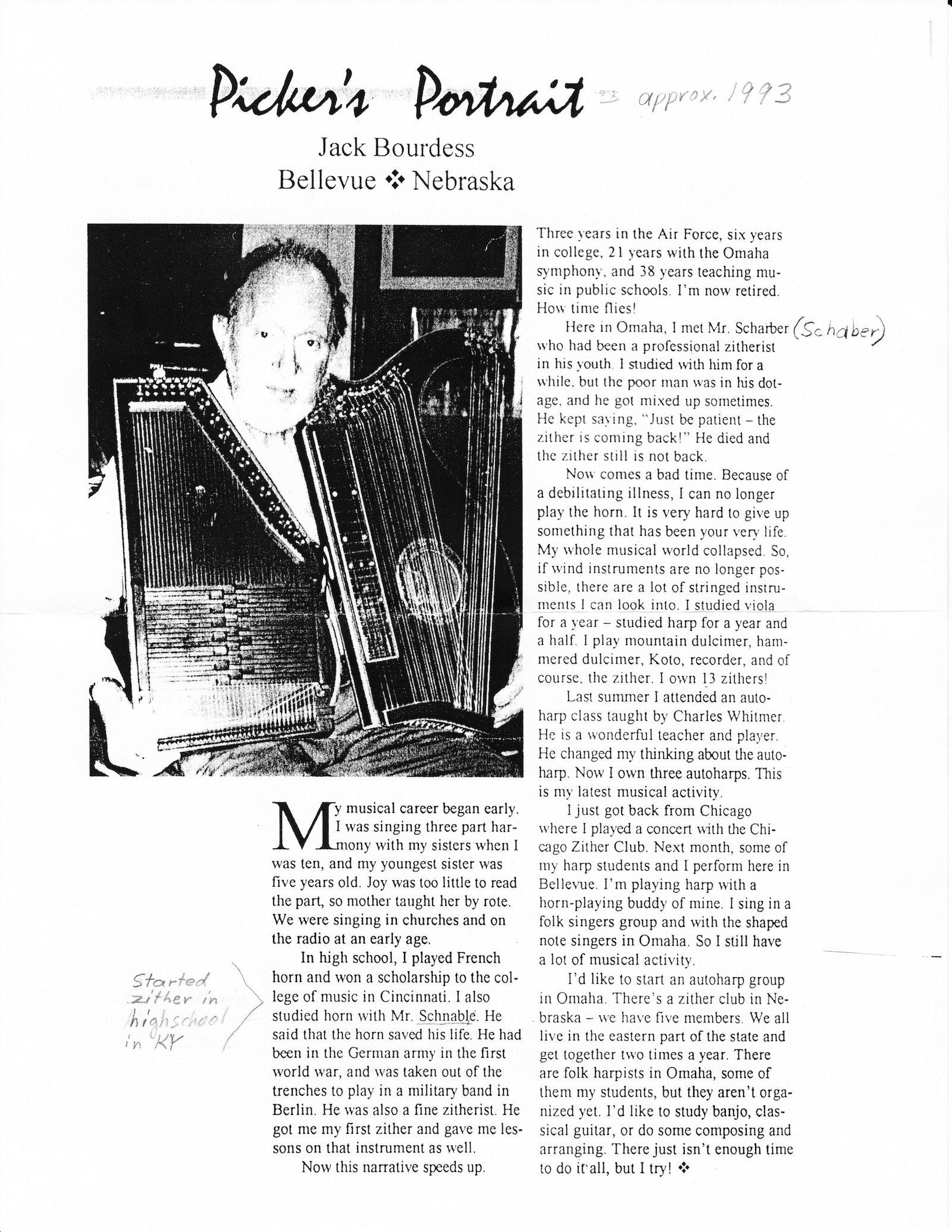