A reader of the web site shared this piece of family history. Wanted to pass it along.

Richard Max Sasse (my father and I were Richard Charles Sasse). Born in 1888.

My father always understood that he was from Frankfurt an der Oder. He came to the US in about 1910 and attended Cooper Union as an art student.  He was older than my grandmother. Although born in Germany, she grew up in Manhattan/Yorkville. They were married in 1917, and my father was born in 1918.  My grandfather died in 1978 not quite reaching 91.

I recall only once hearing him play, and that was at my insistence as I was taking German in high school in the mid-60s. He played what I now know is the Rheinlander Melody. I actually taped it.  He probably hadn’t played it in decades, but it came back to him quickly.

My uncle told me that when my father and he were kids, they would spend Saturday evening at homes where they played music. My grandmother played the piano, grandfather played the zither and there was usually a violin. This was when they lived in Carlstadt, NJ.

He talked about getting special treatment in the army as he would be called in to play for the officers in the evening.
I have tried for years to learn, and am actually the furthest along now since I restarted in January, but have not touched it in since May. August 1 I will be back at it.

Anyhow, my grandfather was a woodcarver, and obviously an artist overall. He and my sister share that trait.

I enjoy telling the story. The world of zithers is small. On Saturday my wife and I watched The Third Man on the big screen. I have only seen it on the tube and a laptop as I have the CD.

Here is a photo from my grandfather’s army album [3rd Kompagnie 1907-1909]. He told me how he would play for the officers while they sat around and smoked and drank. 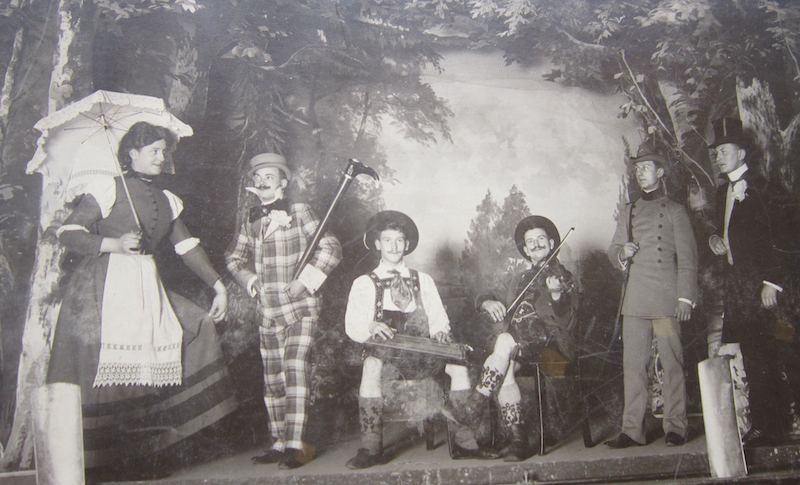