In the past, with sheet music publishers, instrument makers, etc., New York City was quite the hub of zither activity in the US. In this circa 1890s image, an unknown New York zither player poses for a photograph at the Central Park Studio of Eberhardt Rommel, located at 985 8th Ave. 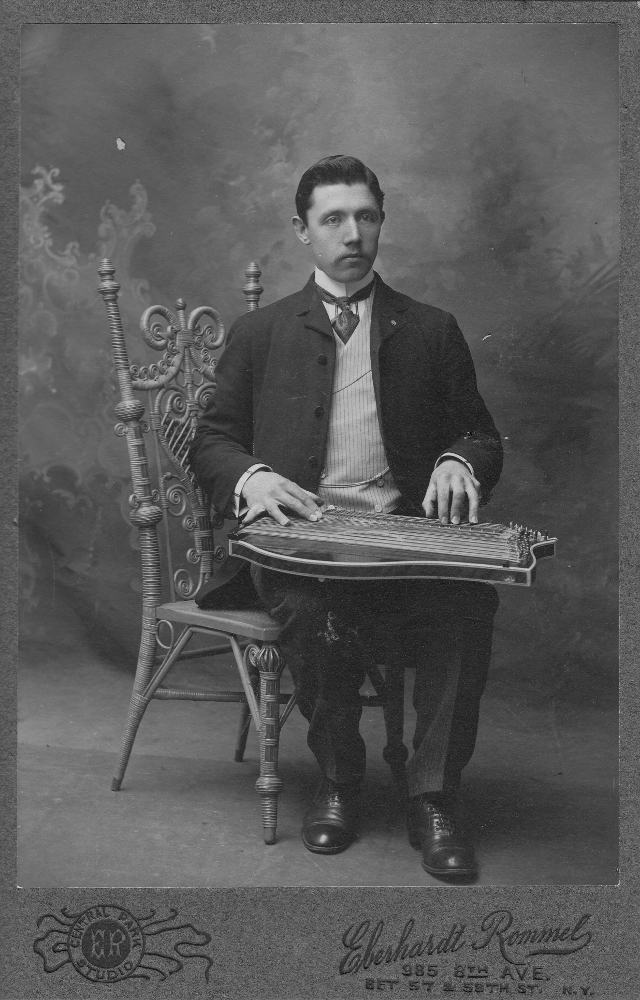 Looks like he learned to play out of the Darr book. Look at the little finger. I tried that when I first started and soon realized that this was not a good way to play. Very interesting. Thanks for putting this up, Dave.

The stately presence and suit exude royalty. Is it of the diplomatic corps?

I use my little finger a lot (left hand). I guess it comes from years of guitar playing as well as other instruments but I find it very handy. There are so many times when I need the other fingers free to grab something and I use the little finger for some lower notes. I guess that's what happens when you don't have a teacher. Looking forward to another year of zither playing!