by Dave
I received an email from someone looking to home an unbranded zither. It might make a good one for a student. Contact Joe at j03.r1cc1@gmail.com if interested and if you claim it, please update this thread.

I have a pre-WWII zither made in Germany but it has no brand name. I would be willing to give it to someone who can play it. It looks playable but I never learned to play it. 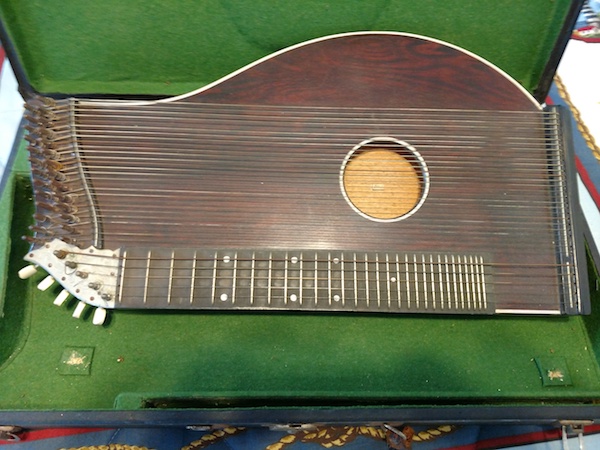 I emailed Joe about the zither, thinking that maybe this would be one that the Missouri group might want, but he said that one of his sons wanted it. When I asked if his son was going to learn the zither, he said 'maybe'. I told him that would be great and to contact the group here for any help

I don't know how old his son is, but Joe lives in the Florida panhandle.