Case for a Schwarzer zither

Case for a Schwarzer zither

I recently resotred a model 27 (I think) concert zither with very elaborate decorative work. Unfortunately, the case was missing and I felt it deserved an appropriate case. The pictures attached show the walnut case with burl top and plush interior. The top has a removable rail so that it doubles as a music stand as needed. The case actually was more work than the zither restoration.
It is really a shame that the original case is lost because the Schwarzer cases I have seen have been first rate. I can understand why someone would consider a case with broken top or bottom, or tacky shredded covering to be trash. But in fact nearly always these cases can be restored in some fashion. Tops and bottoms can be replaced and recovered or painted. The main thing is to retain the frame because crafting this requires quite a bit of work and time consuming fitting. Something to consider if you acquire a historical instrument. 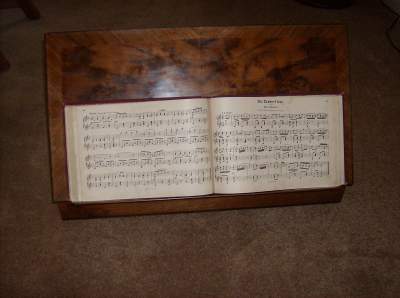 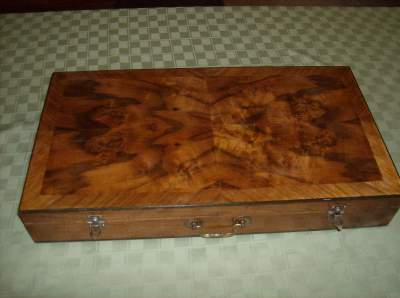 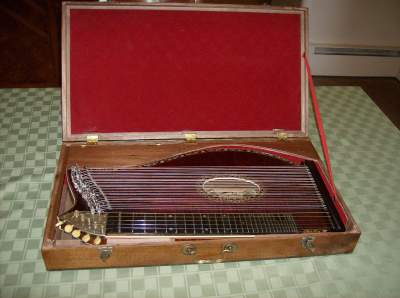 Wow! What a gorgeous case! This is reminicient of some of the violin cases I've seen from the 18th century. Beautiful job. The case that my Meinel Perfekta zither came in was not in the best shape I had to do some serious rebuilding to make it viable again. Since I travel a fair bit with it, I had a good friend make a case cover for the case to keep it all in good shape.

Thanks Ken. I see from your posts and listening to your Youtubes you are a SERIOUS musician with real talent and your instrument gets a heavy workout. As such, you need a simple, sturdy case, which is what I usually make up for my other instruments. This was a little more of a showpiece, what you might call a "parlor zither" (as in, parlor guitar of that era). Best wishes, Dan
Top

I totally get your point. The beautiful case you made is so suggestive of the very fancy cases that were used for storage of a valuable instrument rather than as luggage. My cases get way too much of a beating to do anything so grand. Again, my compliments for coming up with a case that is so regal.