I thought perhaps my fellow zitherists might be interested in an unusual American zither that I recently restored. This is proudly enttiled "The Washburn American Zither" in the label. I don't have a great deal of information but I know it was made by Lyon & Healy in Chicago sometime between 1900 and probably 1915. We know Lyon & Healy as the pre-eminent harp makers in the world today, but back in the last century they were probably the largest instrument makers and purveyors of musical instruments of all types in the US.
This is a very high quality instrument with solid ebony fretboard and bridges. Interestingly, it has a heavy (5/16" thinned around the sound hole) one piece (not veneered) quartered spruce top. And it has an interesting brace pattern: in addition to the usual two fan braces radiating from the under-fretboad bracing, it has a diagonal heavy brace not quite parallel to the fretboard crossing the fans. This cross (or X) bracing is interesting to me (a former guitar maker) because it is very reminiscent of the large "praire style" guitars that came from Chicago. (Notice the praire motif on the machine plate: cat o'nine tails and geese) These guitars were strung with steel strings and they were BIG and LOUD and were favored by the dance bands of that pre-electonic era for back-up rhthym. The bracing for these steel strung guitars was revolutionary and belately (and reluctantly) adopted by Martin in the 1920"s to use metal strings (prior to that they were gut). The whole subject of zither bracing and its effect on tone is an interesting one. My favorite form A Schwarzer (I have 3) is one with what the maker called an "extra sound bar" a brace that runs parallel to the fretboard. The difference between this and the others is tremendous. Both the Schwarzer and Washburn have a beautiful pure tone; the electronic tuner stays dead-on without the slightest quaver. They stay tuned also for a long time, not subject to atmospheric variation like other vintage zithers. This zither has a wonderful tone particularly in griff G and C; the treble a might be a bit weak for some though. Its 17" string length gives wonderful clearity in the 5th position which the Schwarzer unfortunately lacks.( Most of these 16 3/8" string length zithers have a plunky sound in the high positions, or at least I don't know how to play them).
As the used car salesmen say, it was much loved; played hard, it needed a lot of restoration but is worth it. I've gone on for too long, but I thought yoou might enjoy this bit of "American" zither history. 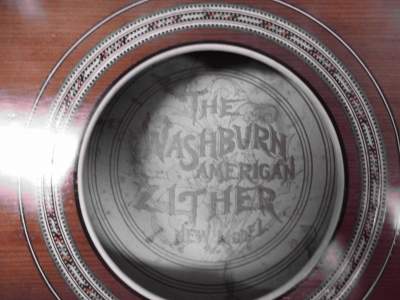 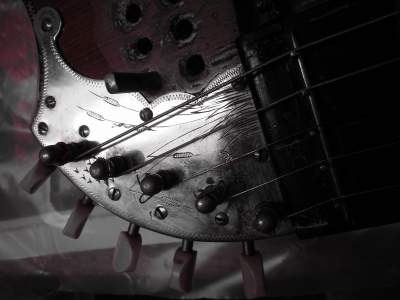 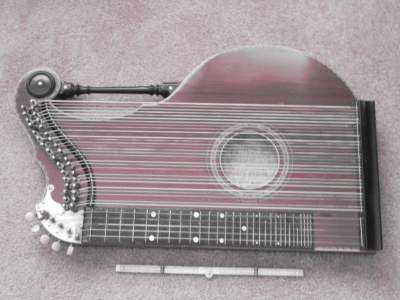