by Evelyn
Made in Bavaria by Walter E Sandner, I bought this zither new about 40 years ago in Munich. It has 35 strings and a Griffbrett Mensur of 45 cm. 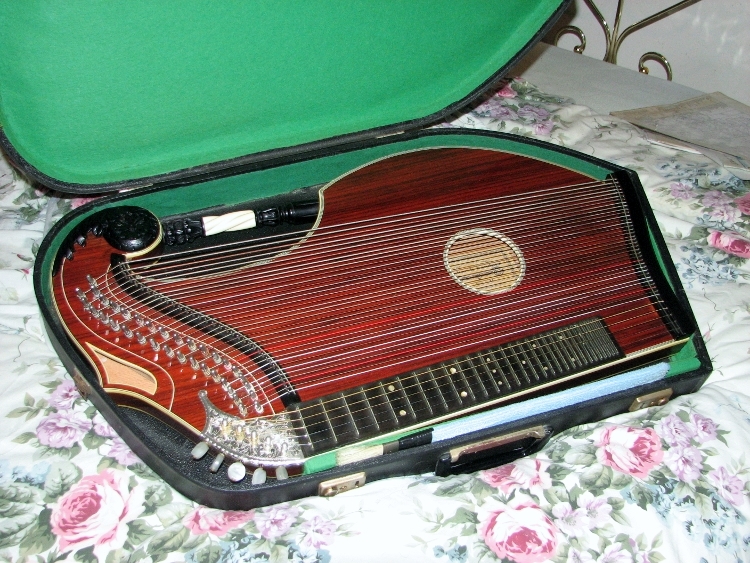 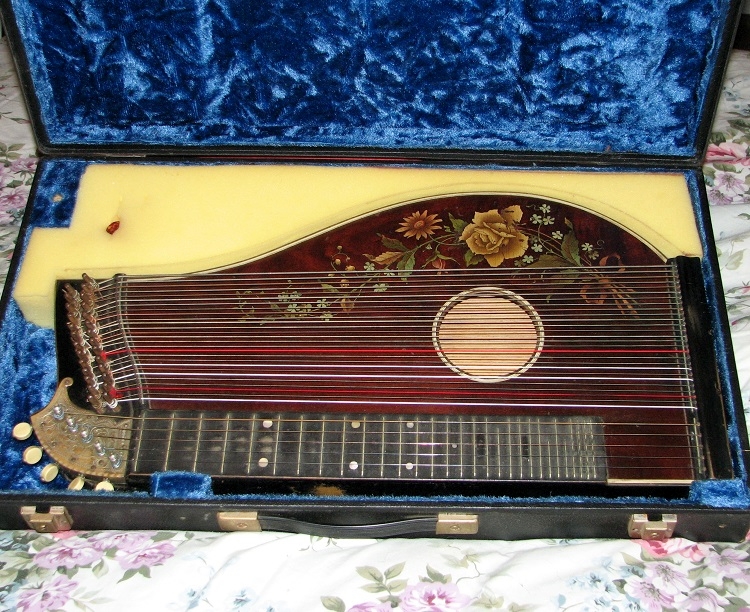 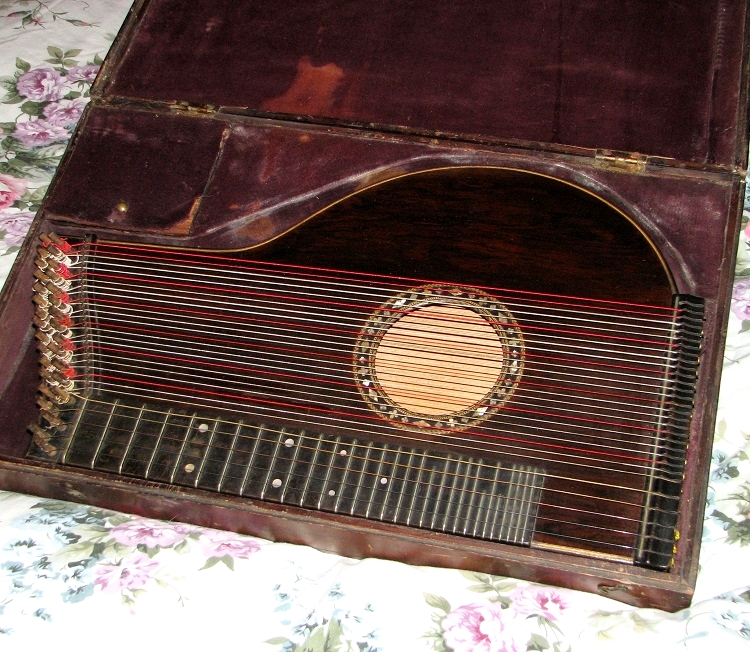 by NutmegCT
Hi Evelyn - welcome to the forum.

That zither at the bottom of your post resembles my Schuster.

What method books did you use to get started?

Thank you very much for your warm words of welcome. I've searched this forum for photos of your Schuster zither, but you don't seem to have posted any.

You ask about how I got interested in learning to play the zither. My mother thought it a good idea for me to learn a musical instrument, and to begin with I used her Amberger zither. This was when I was about seven years old. A zither teacher came to the house once a week, and if memory serves, one of the first Zitherschulen he brought along was Adalbert Albrecht's "Volkstümliche Zitherschule" and also "Im Heimgarten". Boarding school then put an end to my zithering a few years later. My interest, however, persisted and I went back to my zither teacher for more lessons in my late teens. There was another break when moving from Munich to the UK nearly three decades ago, but I have since more or less caught up with (I think) where I'd left off.

by NutmegCT
Thanks Evelyn. You definitely have an advantage. Your family already knew zither - and you had a teacher! Most visitors to the Forum are/were trying to learn, but there are no teachers, and the long-time members all seem to have learned from family and/or teachers.

Here's a photo of my Schuster: 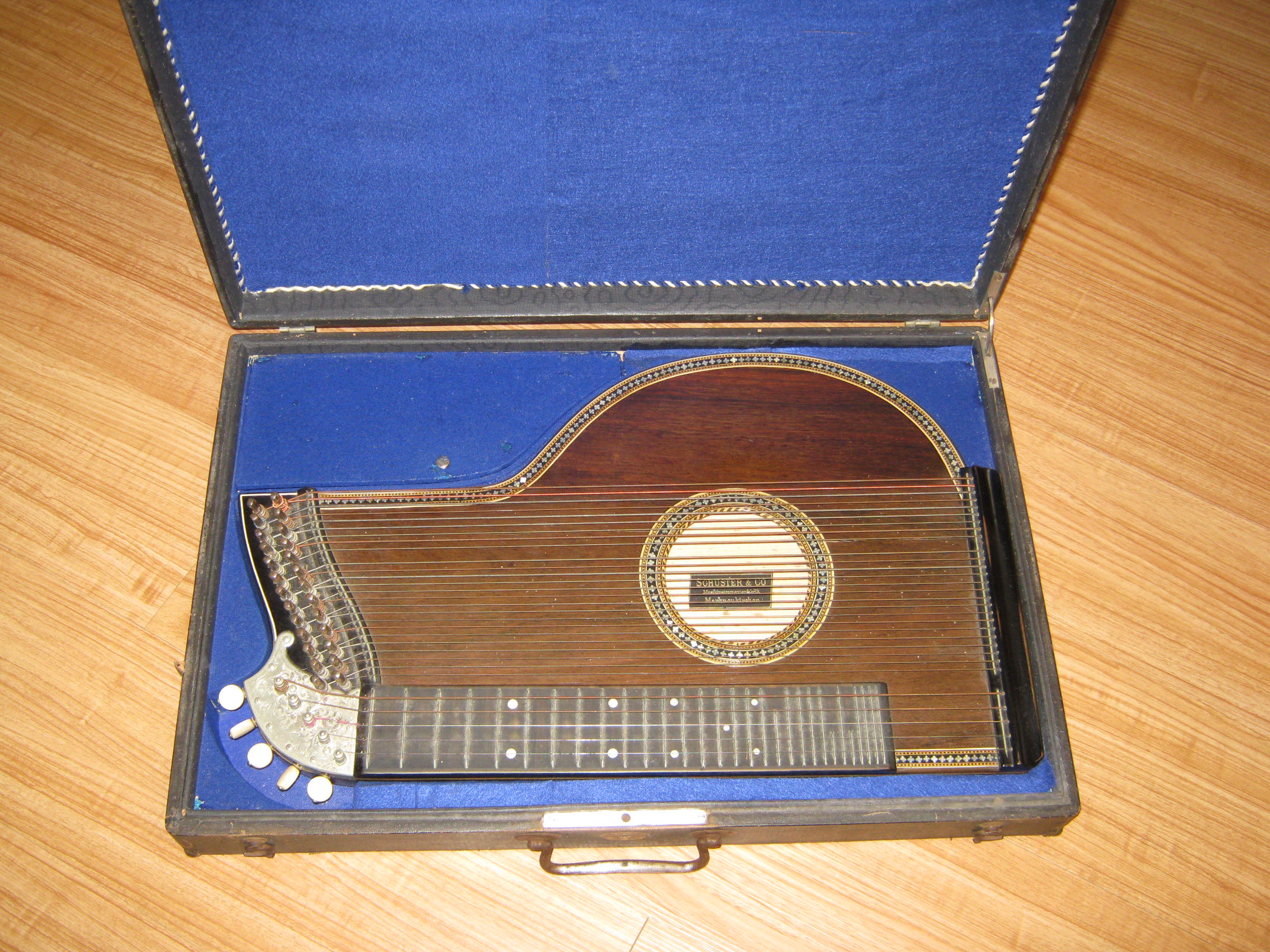 If you have any videos of your playing posted on YouTube, I'm sure we'd enjoy them.

by Evelyn
Many thanks, Tom, for very kindly posting a photo of your lovely Schuster zither. It does indeed look rather similar in shape to mine, but yours has a mechanic whereas mine does not, and also, the strings of yours are fed through drilled holes.

I do miss my zither teacher and wish that I had asked more questions and paid closer attention when I still had the opportunity. I appreciate your difficulties of trying to learn to play the zither without a teacher. Although zither method books can be extremely helpful, especially for people who are trying to teach themselves, some aspects of playing are very difficult to master without at least some guidance: when there is nobody to regularly supervise and correct, bad habits may easily be acquired, and once established they are difficult to get rid of. It is, however, my impression that the accomplished players in this group are more than happy to advise and assist. Having said that I would like to add that I am impressed and greatly admire the discipline and determination of all those members who are still struggling, but are nevertheless not put off by the challenge!

People in the UK are not familiar with the zither, and friends who have heard me play are always astonished to actually see and hear one 'in the flesh', as it were (they usually ask me to play The Third Man, this apparently being the only piece of zither music they know; from the film, of course). I don't have any videos of my playing, sorry.