I'm new to the forum. I found this zither at an estate sale and I can't find any markings anywhere. Does anyone know what kind if zither it is? 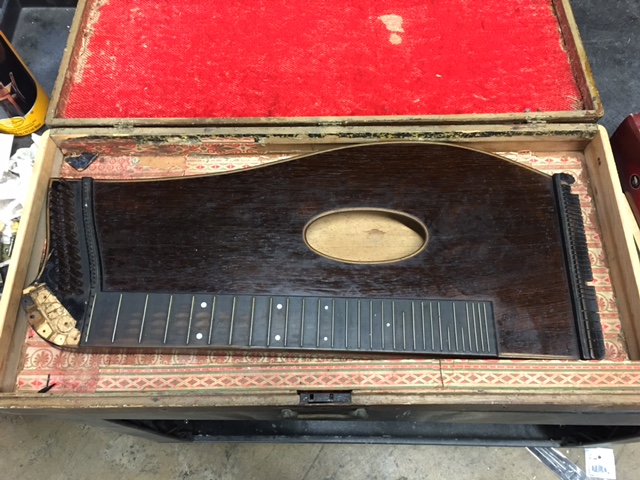 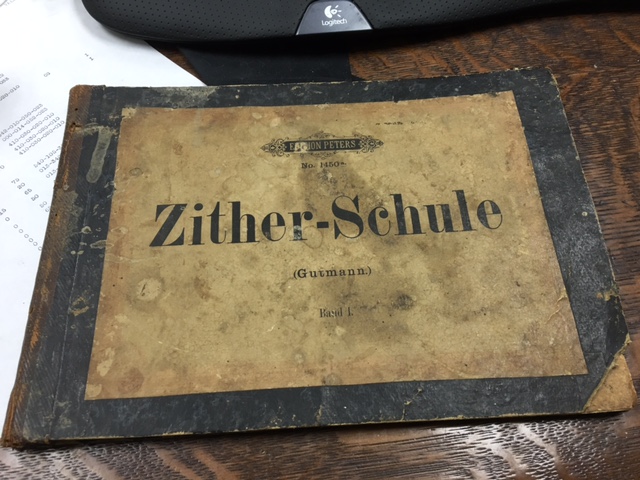 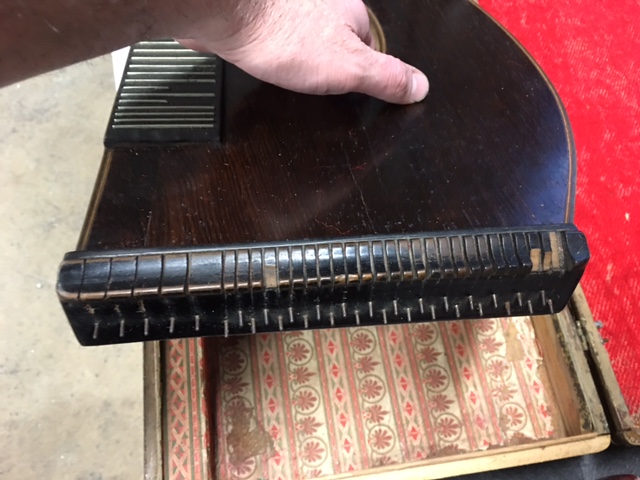 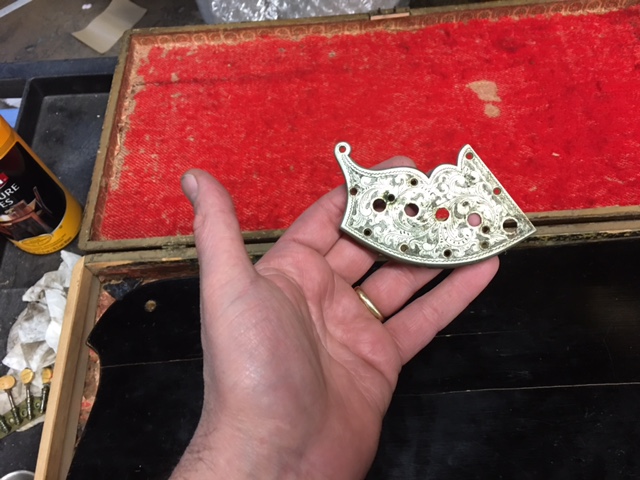 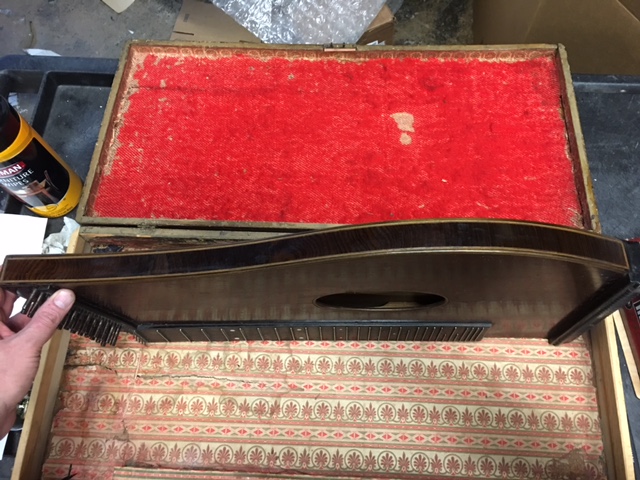 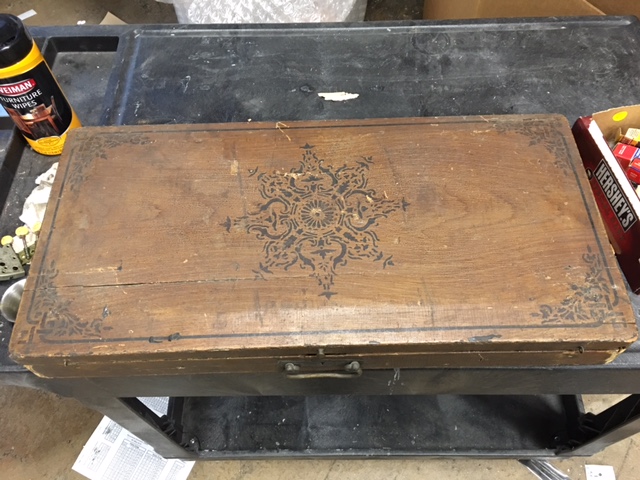 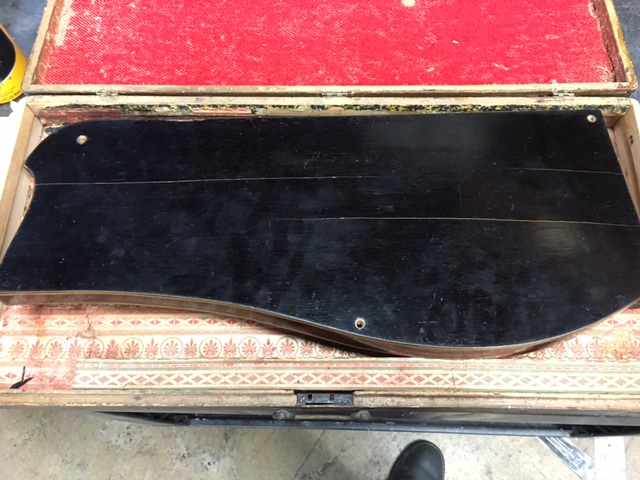 and welcome to the site.

The top of the case looks like something out of Bohemia; Could the case be Czech? Pre-war Czech zither builders are of legend....but their glue joins usually do not fail.

Is the case made of wood? Later German cases were frequently made of particle board, or ( like my Förg) even paperboard.

The instrument looks like it could use major CPR; but the oldies are the goodies. Some re-builders are listed on this site....but $$$.

A considerable amount of the wood used to build zithers (and other instruments in the distant past) comes from a colder period.

A replacement machine for the griff strings can be found on one of the other connections on this site. It may OR MAY NOT fit. Hope you have a sharp set of chisels and have taken Woods in school. Keep in mind that a set of strings, either here or in Europe, is about $175...and do you have the pegs?.....

Thanks for the input. The case is made of wood and has lovely dovetail joinery. I have the tuning pegs. I had removed them for cleaning and also to look for any markings.