Hello Dave and all,

Here is a link to my new Zither application for Android smartphones or tablets. My hope is this helps in some way to forward the knowledge of the Zither here in the USA, but may be of some fun and good chatting at the German restaurant. What is also very cool about this app, is you change the fingerboard position by tilting the device up or down.

"VirtZither v2 (c) ... is an app for emulating the Alpine or Psalterform Concert Zither. This Zither is a musical instrument with a twist. Use of orientation sensor and a tilt of the device changes the Zither fingerboard notes, while accelerometer allows for reverberation. Supports fingerboard and accompanyment strings, and alternative chords for Zither."

There is similar app for Cello also. See in the information at the above link.

Hope this brings some fun/enjoyment to those who get to use it.

PS: This is the *only* Alpine Zither app for Android found on Google Play Store website, or anywhere else for that matter, based on my own research.

And a tip to the wise, please do not buy any of these cheap (dollar-wise) so-called Android Tablets out there, which are essentually no-name brands. Many of those
very inexpensive tablets for under $150 (approx) have nothing more than an Accelerometer sensor in them, and are completely missing most of the
proper Android grouping of sensors that all Android devices should have: Orientation Sensor, Gyroscope Sensor, Proximity Sensor, Accelerometer Sensor,
Magnetic Field Sensor, Temperature Sensor, and others, but the preceeding are the ones you should have, and you should demand in any Android device you purchase,
whether tablet or smartphone of any size. These cheap ones missing their sensors should be put back on the boat, and sent back where they came from. 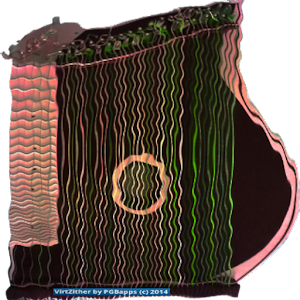 Re: Zither app for Andoid smartphones or tablets

This is the actual zither and an impromtu tune I had come up with awhile ago.