Richard Krueger recently had an opportunity to explore the zither enterprise in Markneukirchen, Germany. Here he is shown with Ulrike Meinel (r) and her granddaughter during a visit to Ulrike's workshop. Richard provided the following note regarding his visit:

I was received graciously and given an extensive tour. I have an Adolph Meinel zither now, which Ulrike is going to identify and give me the age. It is quite old. Ulrike tells me that she produces FOUR zithers per year. She does do repair work. 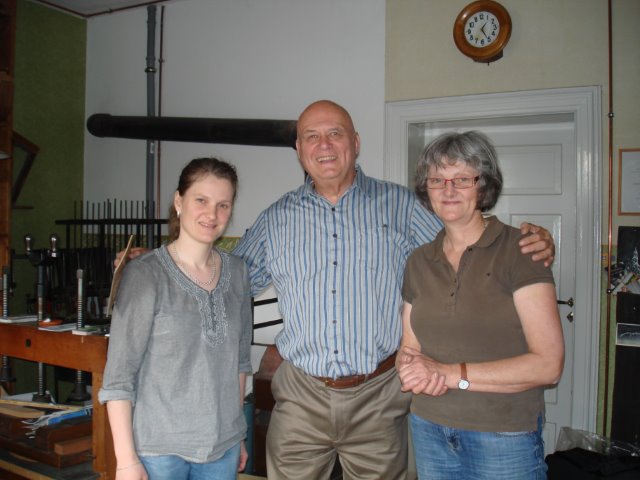