This circa 1880 cabinet card, taken in New York, shows a young lady and a zither on a nearby table. These early images with a supposed zither player typically provide three perspectives: the zither player has hands on the instrument as if playing, the person is holding the instrument in hand, or the instrument is placed on or leaning against a surface. Here, the zither is on a table and a chair is at hand, as if the musician has stood up for this photo opportunity. With luck, a name identifying the person will be written somewhere on the image, which holds the promise of more revelations. Not the case, however, in this example. 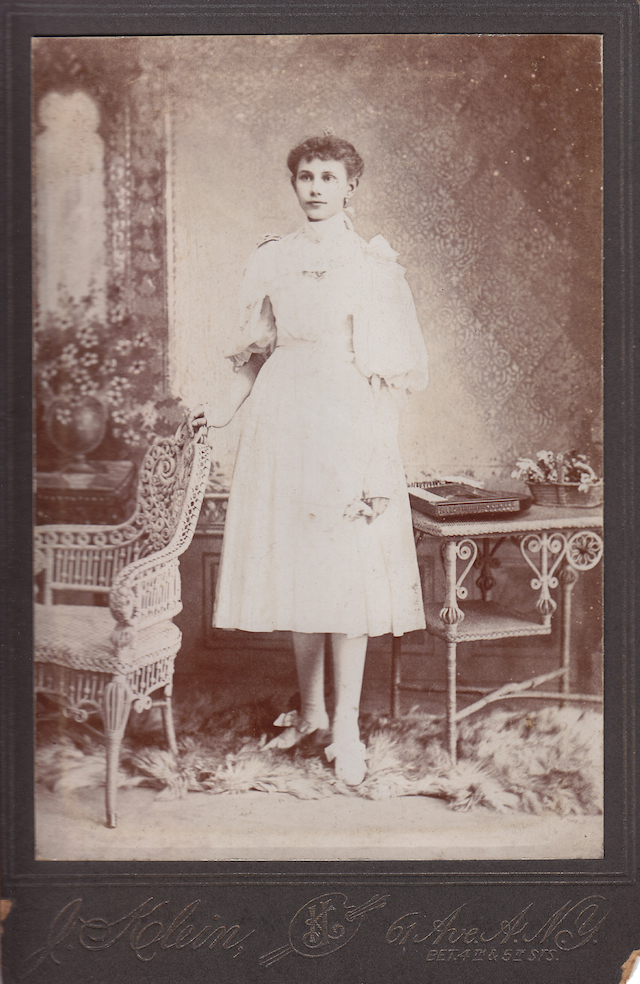