Here's a bit of zither history from Milwaukee. Shown in this photo is Albert Mueller, performing at The Golden Zither. I believe his zither was made by him, and electric, if I'm not mistaken. Anyone in the Milwaukee area recall this zither personality? 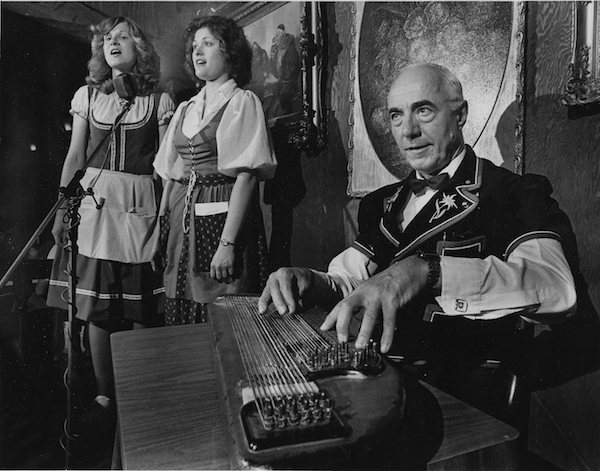 That is Al Mueller, and yes, he did build that zither. As I recall, it was a solid body instrument.

Al (no relative) was from the New Glarus, Wisconsin, and played Friday, and Saturday nights at the Swiss Club in Milwaukee at about the time I was a student at Marquette. The Swiss club was just off the M.U. campus, and was a hang-out for students. Al moved to the golden zither at about the time I was accumulating a lot of family responsibilities.

No idea who the vocalists are. Ludwig would probably know; he also played at the golden zither later.

Thanks Rudi, I searched through past email and found this pic of his zither, sent to me by his daughter.....almost 10 years ago. It is indeed electric. You'll notice the knobs on the front, fret-board side, of the instrument. 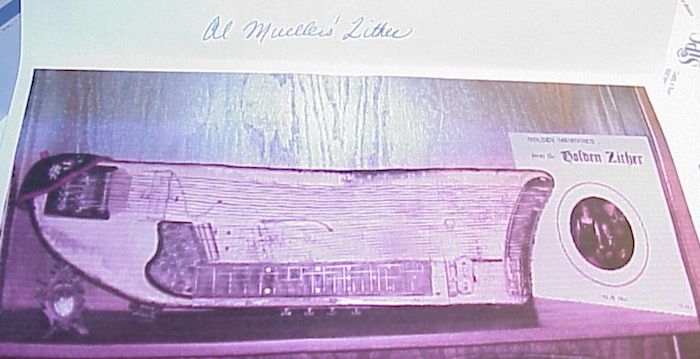