An Online Community for Zither Players and Enthusiasts
http://forum.zither.us/

Zither with a Metal Frame

Zither with a Metal Frame

by Dave
A few years ago I acquired an early American picture post card showing a man seated at a table with a zither. The table provides a playing surface for the musician, and also functions as holder for a cluster of objects, including a stereoscope. To place it, print on the back of the postcard reads, "Made at FRETER BROS., at Bridgeport, O., Bellaire, O., Martins Ferry, O. & Wheeling, West VA. On the zither, there appears to be a rag tucked above the sounding board between a bar mounted on the instrument. 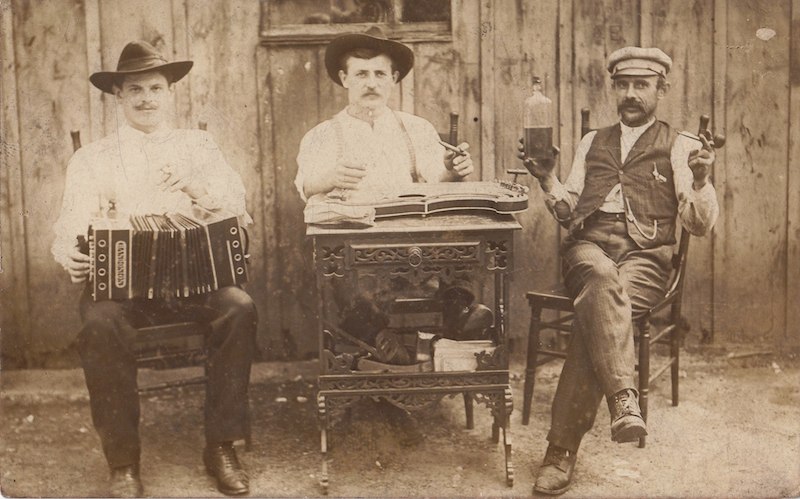 Just recently, not without surprise, I discovered a companion to the image shown above. In the following image, the musician is kindly holding the zither where it can be clearly viewed. It appears to be a zither with a metal frame, of the kind patented by Gebrüder Gunzelmann in Nürnberg in 1885. 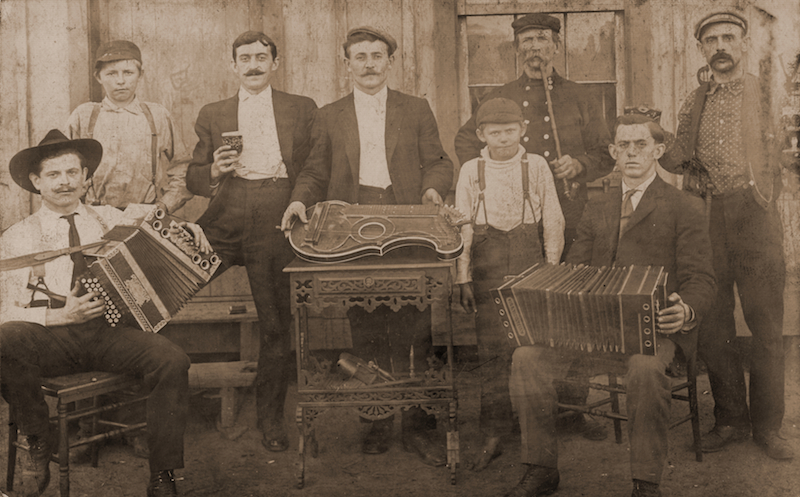 The original German patent explains that the metal frame prevents warpage of the soundboard and while providing a great, sonorous tone.

Following is an advertisement for this maker that was included in the April, 1909, issue of “Centralblatt Deutscher Zither Verein,” published in Munich. 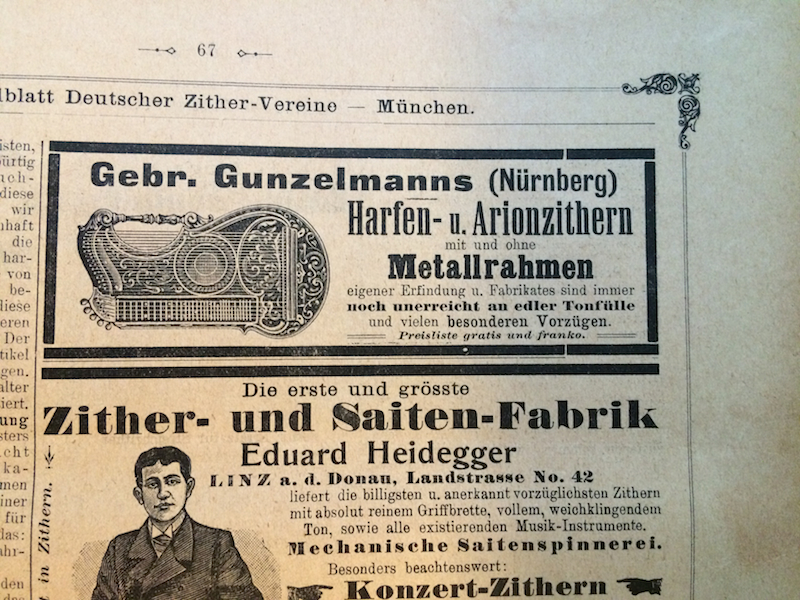 Sometimes it takes years for these little pieces to fall into place, but it's quite nice when they do.

Re: Zither with a Metal Frame

by Rudy Mueller
Now I know where the cigar burns came from on the underside of my Dad's Förg.

The guy in the picture may have been using a wet rag to put out a cigar fire. The hat on the guy at the left looks like a genuine "Miesbacher".