A forum for all those other zithers....

A reader of the web site sent in these photos and referred to it as an example of a Schlag-Zither. He is trying to locate additional information regarding it, history, tuning and possibly sheet music arranged for it. It appears to have 3 melody strings and 8 open ones. I find the body of the instrument, as it's shaped like a guitar, most interesting. Can anyone help? 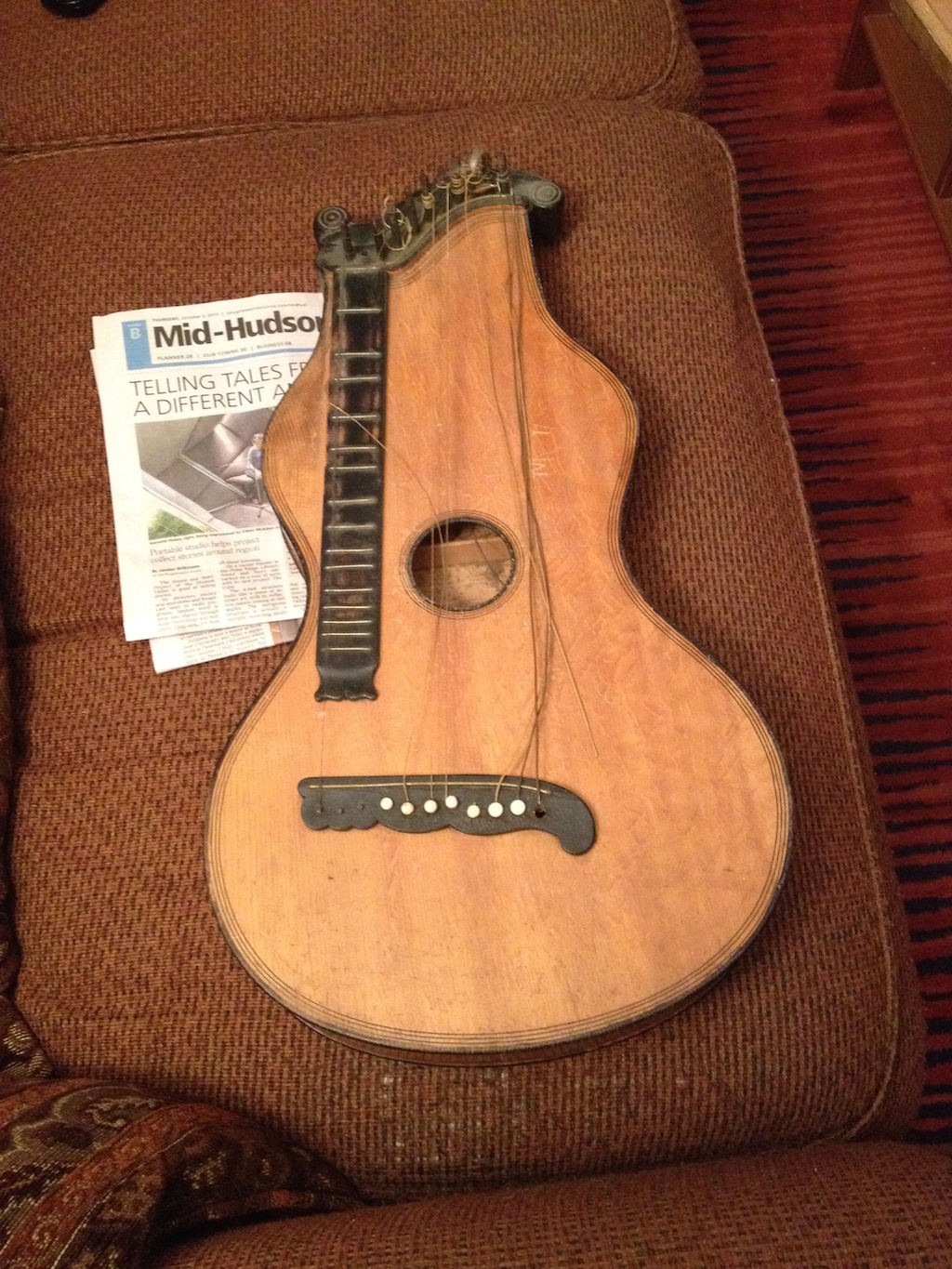 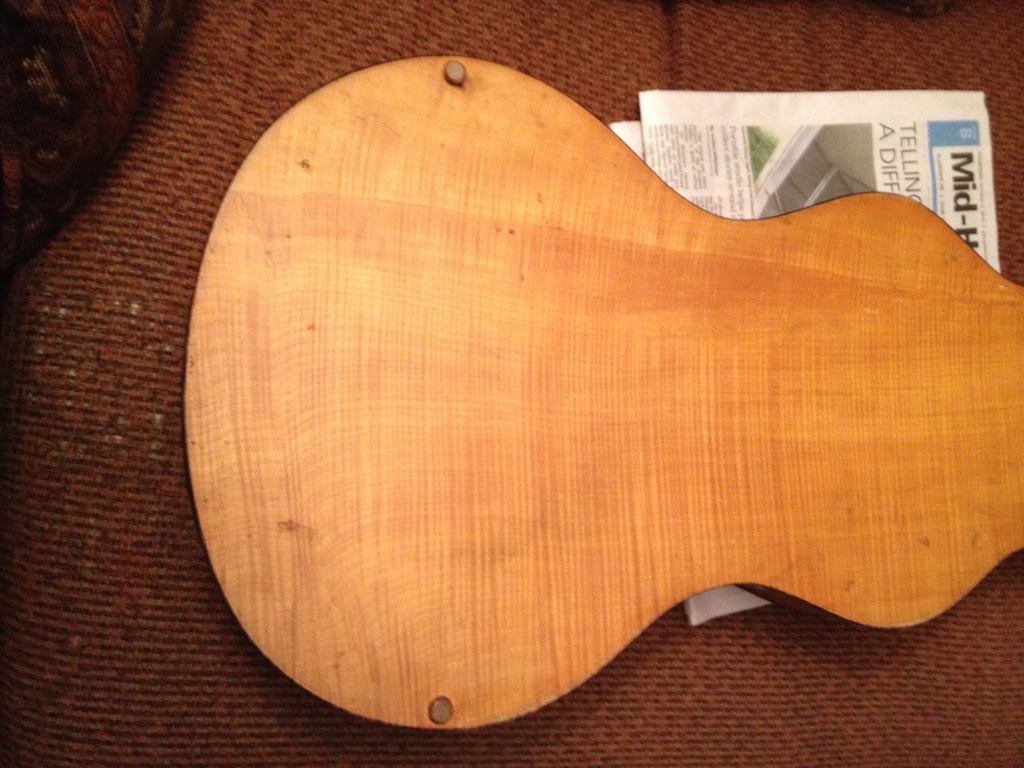 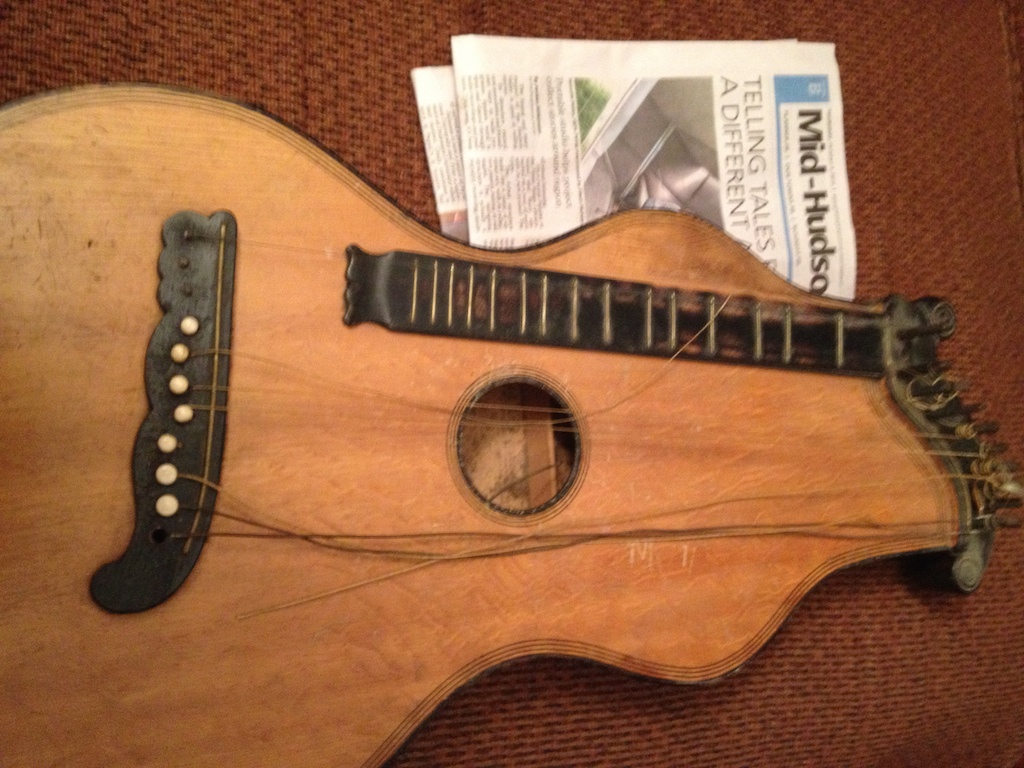 Thats a very interresting Zither.
From this Zithers we dont know so many kinds of tunings.
The most poular tuning was from Franz Krenn:

Frettboard a a d and not a d g

and the accompagment strings are tuned in


In this periode, where this Zither was built dont exist any sheet music for Zither.
You have to know, the first scholl for zither was written in 1838 by Nicolaus Weigel in Rheinpfalz.
When he looked for a publisher, he only gets laughs at him.
So he printed his school with his own money and risk.

Early Zithermusic Sheetpapers exists since 1844, in this year Weigel printed the second edition of his school by Falter and son in Munich.

On this ealy Zithers are only played some folksons without notes.

You are also only able to play in g and d major.
When you want to play chromatic melodies on the fretboard you only can make this with bending.
for example you want to play d sharp so you have to play d und push the string sidestep until vou can hear the d sharp
Top

This is great information. Thank you!
We do not take humor seriously enough. —Konrad Lorenz
Top
Post Reply
3 posts • Page 1 of 1

Return to “Other Zithers”