Have you recently participated in a zither event, or know where the history of the zither can be experienced firsthand? Share your experiences here.

This year's participants in the 2015 Carl Schurz "Kinder Kamp" enjoyed a full schedule of activities, including exposure to the German language, music, and culture, as well as the usual crafts, soccer, aircraft, and other events.

The musical presentation by Kurt Eckroth and Megan Kell was a highlight of the week. Starting with "auf der Zwieselalm" (which prompted one of the participants to say 'that sounds like a schuhplattler'). Megan's selections from 'der Vogelhändler' including 'wie mei Ahnl zwanzig Jahr, had the kids and the councilors spellbound; you could have heard a pin drop.

The session continued with a sing-along (Dorn Röschen) led by Frau Markiefka of Mainz, and then hands on exposure with two zithers and a set of small sized rings provided by a generous friend.

These "kamps" seem to get better every year. Our effort is to expose the youngsters to German culture in an American setting, even brief as it may be. The bar gets higher and higher every year: we'll see what 2016 brings. 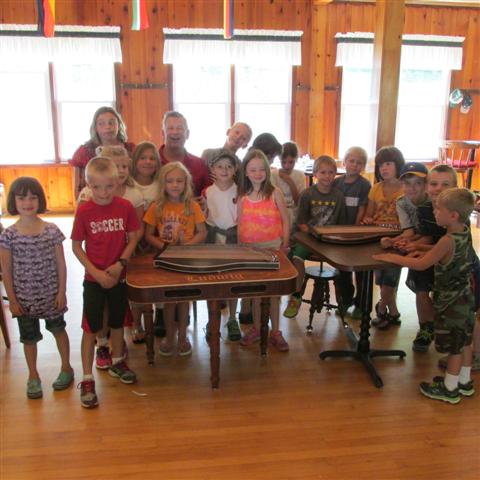 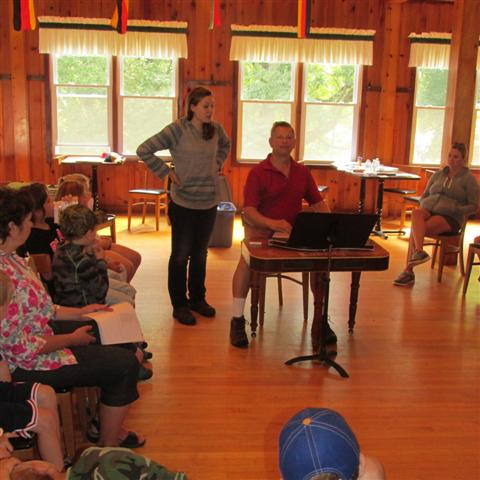 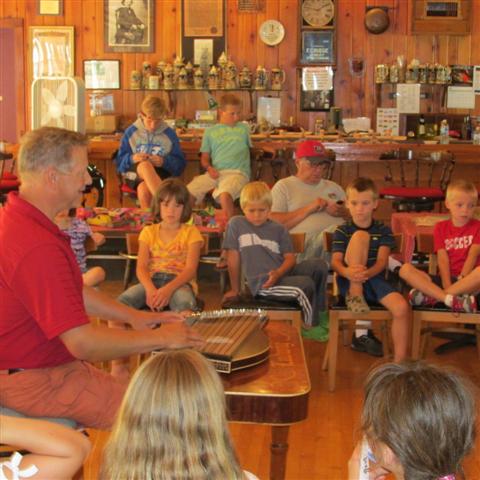 Return to “Places and Events”