Zither rings with a rückschlag (backstroke) thorn allow the player to strike the fretboard strings in both directions. For those interested in working with this technique, Alfons Wimmer, a zither player in Paderborn, Germany, offers these instructions on how to construct one using easily accessible and inexpensive materials.

How to make a Wechselschlagring.

You can buy one from Michael Schilling, Germany. The price is 40 € = 60 $. Or you can produce it yourself for a few dollars and 30 minutes.

a) Buy a plastic-plectrum for your right thumb. (s. fig. 1) Available in any music-shop (identical for guitar)
b) Cut off the tip and saw a slot as shown in fig. 2
c) Buy a guitar-plectrum (thin and hard) s. fig. 3
d) Cut or saw or file 2 sides as shown in fig. 4
e) Remove the inner part as shown in fig. 5
f) Insert this triangle in the slot and glue.

Or, an easier method,

a) Buy a plastic-plectrum for your right thumb. (s. fig 1)
b) Pick up with tongs and place the lower part into (nearly) boiling water.
c) Twist the lower part (now flexible) clockwise nearly 90°.
d) The thorn (tip) of the plectrum can be filed as needed. 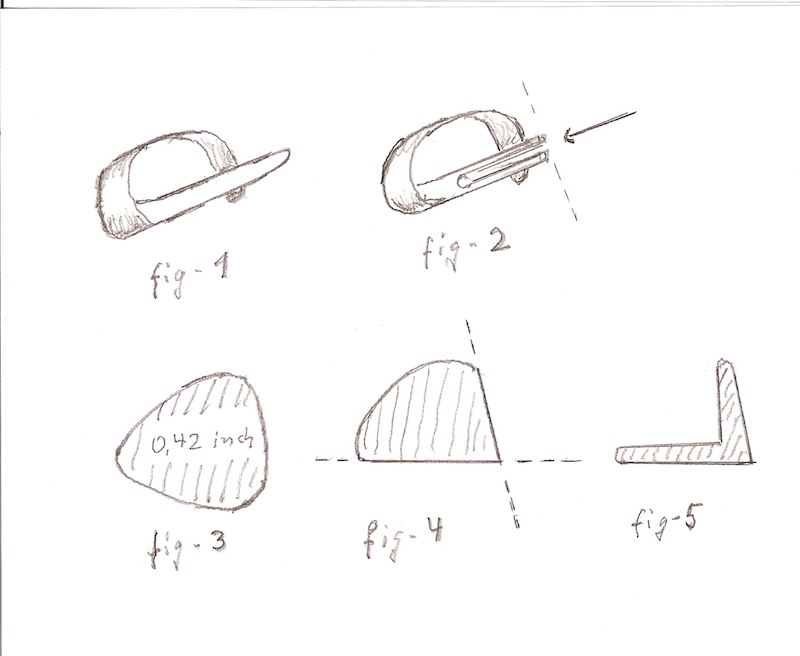 There is a much easier way to do this. I have been using #2 zither rings for decades and using my thumb in both directions. All I do is file the back of the pick portion so that it has the same rounded profile as the front and then polish it up once it's shaped. The #2 rings fit my thumb firmly and allow for playing in both directions. It makes doing fast 1/8 notes pretty easy. It did take a while to be able to do string crossings comfortably on a back stroke, but Perseverance Furthers.