Yesterday I looked into an email received about someone seeking further information on a zither passed down to them from their great-grandparents who had moved to the US from Germany in the 20's : 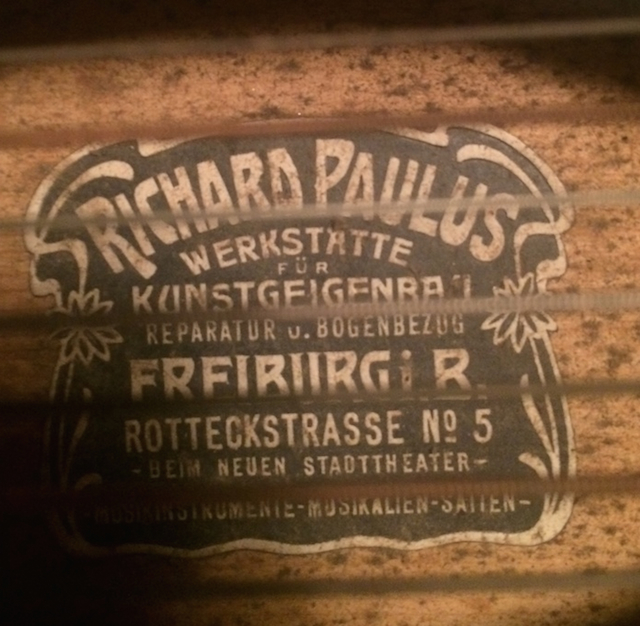 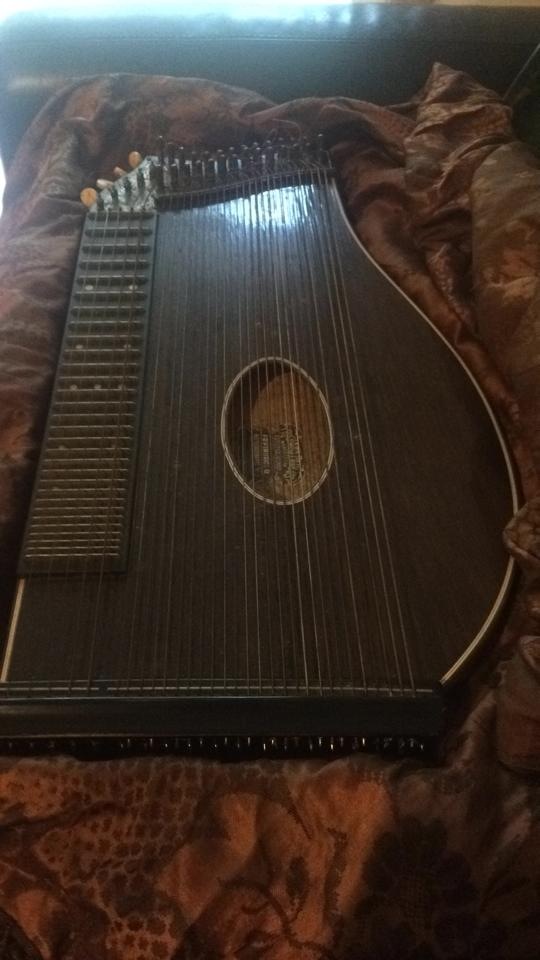 The big question was, who was Richard Paulus? I'd never heard of him before, but a bit of searching on the internet led me to the following conclusions:

... a look at some online German census records has revealed a few more tidbits that may be of interest. It appears that there really was a Richard Paulus who was born on December 11, 1884 to a string maker (probably musical instrument strings) also named Richard Paulus, in Markneukirchen Saxony, Germany. At age 15, from 1899-1903 he was apprenticed to Theodor Scherzer (b. 1851, d. 1910) and then worked as an assistant for Eugen Gartner (b. 1864, d. 1944), possibly in Leipzig, for company belonging to Julius Heinrich Zimmermann (b. 1851, d. ?) and Phillip Keller (b. 1868, d. ?) both of whom were apparently quality violin makers. On the 15th of March, 1909, R. Paulus established his own workshop in Freiburg im Breisgau, where he specialized in making violins and restoring stringed instruments. I was at first inclined to think that maybe the zither in question was simply restored by him as he seems to specialize mainly in violins, but looking further online I found an image of a lute that he had restored and the label he left on it is much different than the label the zither bears. (See image)


So this leads me to believe he - or someone in his company - probably did indeed make the zither. I, in fact, own a zither that bears a violin company label and have been told by the person who sold it to me that often students of violin makers (doubtless only those in Germanic areas, however) will be assigned to construct a few zithers as a part of their education. Perhaps this is the case in this instance. There also seems to be more than one Paulus to have come from Markneukirchen around that time. Another violin maker named Augustus Paulus, and perhaps another zither maker named Wilhelm Paulus.

Below I am including in the original German text the reference I gleaned most of my information from, in case you would like to draw your own translation from it. It is an excerpt from a violin and lute maker census, originally published sometime before 1945.


Heidi
"It's what you do with what you've got that counts."
Top

Not to confuse the matter...

but there is a clan of Paulus's here in Wisconsin, centered around Cedarburg. This area was settled by Pommeranians, initially around the area of Freistadt, Wisconsin circa 1837-1850...and they moved out into Wisconsin from there....(yes, there is really a place in Wisconsin named Freistadt ).

The Bavarians ( + Dutch and Czechs) tended to settle in Sheboygan, Fond du Lac, and Manitowoc counties, and the cheese produced by their descendants still delights.

I think it's a little hard for us today to picture how popular the zither was in teh latter part of the 19th century. All the mail order catalogues czrried them, often in several models. Just the sheer number of those smaller instruments with three contra basses that survive is testimony to how pervasive the instrument was. There were so many of these small instruments made by so many different makers it's not surprising that finding reliable info on each individual maker is difficult. Thank you Heidi for unearthing the info that you have. Each little bit comtriutes to the picture that we have of the zither world before WWI.

kenbloom wrote:I think it's a little hard for us today to picture how popular the zither was in teh latter part of the 19th century.

I agree. We live in a zither desert by comparison! Zither makers are so few that just about any that actively produces is well-known to all. This particular zither was fun to research as there was a pleasant combination of challenge in getting hard to find info and the success of actually finding it. I still have a zither apparently made by a Friedrich Wilhelm Meinel in Sachsen that I can't seem to discover anything on - or whether or not he even existed! All I can do is assume that he is a relative of the Meinels in Markneukirchen

but there is a clan of Paulus's here in Wisconsin, centered around Cedarburg. This area was settled by Pommeranians, initially around the area of Freistadt, Wisconsin circa 1837-1850...and they moved out into Wisconsin from there....(yes, there is really a place in Wisconsin named Freistadt )...


Well, how about that! I had never heard of the name "Paulus" before I researched this zither and now it seems that it was quite a popular name - or that the family just seems to have really gotten around! Hm, I wonder if "Freistadt" was named in reminiscence of "Freiburg"?

Heidi
"It's what you do with what you've got that counts."
Top

Freistadt Wisconsin was founded in 1839 by Pommeranian Lutherans. It is among the oldest communities in Wisconsin.

The Pommeranians were not without music: Freistadt WI is the home the the historic and well known "Alte Kammeraden" brass band. My wife inherited a Mittenwald violin from her great uncle "Charlie" who immigrated from Pommerania to Wisconsin circa 1880. This violin currently resides back in the Mainz area, and we hope to get it down to Andreas in Miesbach this spring for a tune-up.